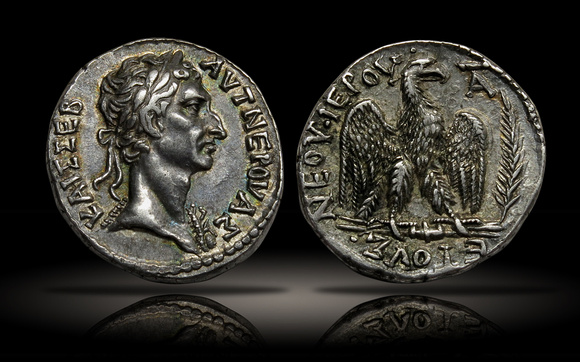 Appointed by the senate based on his merit as a leader, Marcus Cocceius Nerva succeeded Domitian in 96 AD. Nerva became known as the first of the “Good Emperors”, marking a significant departure from the “Twelve Caesars” before him.

Nerva was an elderly, childless senator, descended from a long line of successful lawyers whose reign was one of moderation and tolerance, unlike the militaristic nature of Domitian. He implemented several improvements: the allotment of land to the urban poor, distribution of loans to farmers, and the building of roads. Prior to his ascension, he had been a long-time central politician under several of the emperors before him.

Domitian paid for his army’s loyalty by increasing their salaries by one-third and paying them with coins of increased weight and purity. This was difficult for Nerva to follow, but he knew that he needed to keep the army on his side, as they had a precedent of overthrowing their leader if they felt they were being mistreated. Therefore, Nerva maintained Domitian’s standards of pure aurei, and he paid homage to the soldiers by issuing coins with military themes on the reverse. He bought the allegiance of the elite Praetorian Guard by paying them each 5,000 denarii.

Despite his efforts, his relationship with the army was still troubled as they suspected him of being involved in the conspiracy which killed Domitian. Nerva tried to appease these concerns with a heartfelt speech, but he still faced two failed assassination attempts.

Nerva made a fortunate decision which helped shape the future of Rome by selecting his successor based on merit rather than birthright, beginning the “Golden Era” of Rome. After less than two years in office, Nerva died from a stroke in January 98 AD. His chosen successor was Trajan, a talented general and governor of Upper Germany.

The reverse of this coin depicts a powerful eagle, a symbol of the god Jupiter (Zeus to the Greeks). The eagle had been the standard Ptolemaic reverse type and was adopted by Augustus for the first Roman coinage of Egypt. For the Romans, the eagle was associated with the legions and warfare, with this coin becoming one of Nerva’s most iconic types, employed on both precious metal and bronze coinage of the Rome mint throughout his brief reign.