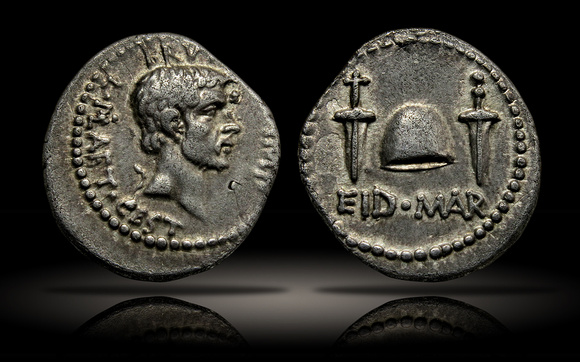 The Ides of March

The “Eid Mar” denarius, the most famous of all Roman coins, was minted by the assassin himself, Marcus Junius Brutus, to commemorate the date. It marked the final chapter of the Roman Republic, leading to its replacement by an empire which lasted for nearly 1500 years and whose influence and legacy shapes our world today. Had Caesar not been killed, the ramifications would have likely resulted in a dramatically different history of the modern world.